Showing posts from November, 2022
Show all 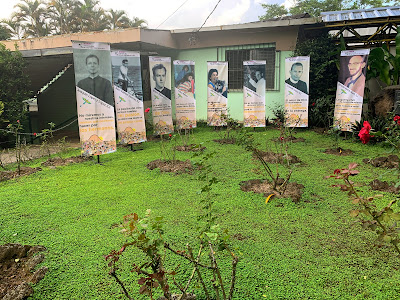 The Rose Garden at the UCA - with memorial posters for  the six Jesuit priests and two women who were murdered on November 16, 1989. (photo taken in 2022) Segundo Montes, S.J. was a physicist, philosopher, sociologist, theologian, humanitarian, teacher and Jesuit priest. His writings are extensive, and he is well remembered for his humanitarian work with internally displaced people and refugees during the 1980's civil war in El Salvador. It was during that time, that he founded the Human Rights Institute at the UCA (Universidad Centroamericana José Simeón Cañas). He, like several of his colleagues at the UCA , was originally from Spain. He followed his heart and his calling and became Salvadoran, teaching sociology and defending human rights.  On November 16, 1989, Segundo Montes was murdered, along with Ignacio Ellacuría, Ignacio Martín-Baró, Juan Ramón Moreno, Joaquín López y López, and Amando López,  together with Elba Ramos and her 16 year-old daughter Celina Ramos, by a milit
Post a Comment
Read more

The Lutheran Trifecta: The Part in the Cemetery 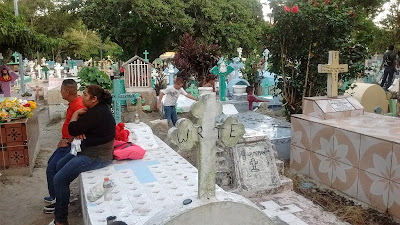 Día de los Difuntos - All Souls Day is a day for family.  Día de los Difuntos literally translates as Day of the Deceased, or Day of the Dead. In El Salvador, just as in the United States, some Day of the Dead traditions from Mexico have crept into local culture - especially in the commercial realm. In El Salvador, observance of the Day of the Dead is typically a quiet event. With or without sugar skulls and mariachis, the Day of the Dead is about communing with family across across the boundaries between life on earth and life in the eternal realm. In El Salvador, November 2nd is a public holiday. It is a time for families to visit their deceased loved ones in the places of their eternal rest. Long, long lines of cars and buses clog the streets near the large cemeteries.  In small towns and in the large cities, small pop-up shops filled with flowers are set up under canopies and umbrellas. Entrepreneurs take advantage of the slow traffic to sell whatever families may need for their vi
Post a Comment
Read more

The Lutheran Trifecta: The Part with Saints and Spooky Tales 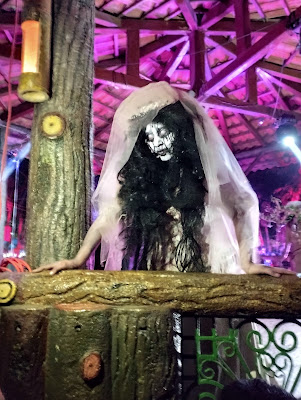 Día de los Santos - All Saints Day is a Christian holiday, celebrated in a variety of ways depending on theological, geographical and cultural tradition.  In our Lutheran Church community in El Salvador, this is the day on which legends are brought to life. Perhaps not your typical All Saints Day Lutheran Church photo.  This is an image of The Screaming Bride - one of the legends illustrated by live actors in the Festival of the Calabiuza  (photo used with permission from a friend) Here's a bit of old school history:  The description of a feast day in commemoration of multiple saints or martyrs can be found in writings from the early times of the church (prior to 400 C.E.).  In the late 700's C.E., Pope Gregory III is said to have dedicated a chapel in honor of all saints and martyrs on the date of November 1st, and by the 800's C.E. the Festival of All Saints is widely recognized and celebrated on this date. In medieval England, the Feast of All Saints (also known as All H
Post a Comment
Read more

The Lutheran Trifecta: The Part with Balloons 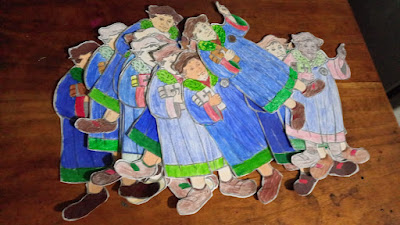 While one might logically and theologically expect that a story entitled "The Lutheran Trifecta" would explore the Holy Trinity: God the Creator (Father/Mother), Son (Jesus) and Holy Spirit, that is not the subject of this writing. As October passes and November begins, Salvadoran Lutherans and many of their global siblings in faith gather in worship and tradition to celebrate the Lutheran Trifecta:  Reformation Day, All Saints Day and All Souls Day.  Reformation Day is traditionally celebrated on All Hallows Eve - October 31st - the date on which in 1517 C.E., Martin Luther supposedly nailed his notorious 95 theses to the door of the church in Wittenberg, Germany. His goal was to reform the Roman Catholic Church. His legacy, with that of other reformers, charted a new course for Christianity.  The Flat Martin pattern made its way to El Salvador several years ago, and sightings of Flat Martin have been reported in 2022. (photo by Pastor Gloria) In El Salvador, there are abou
Post a Comment
Read more
More posts