May 06, 2015
We drove up the volcano road, past the familiar turn-off to Parque el Boqueron, to the neighborhoods on the side of the volcano.  To get to these small communities, we parked on the highway and trekked our way in.  Promotora Yani was our guide, we walked from one home to the next, following barely visible paths of mud and rock.  Yani's goal for the day was to weigh and measure all of the children ages 5 and younger.

Our first stop for the day was at the home of a 12-year old boy with a shoulder injury.  He had a sling and had been to the clinic for care.  The injury was the result of an accident.  The father had  been riding his bike, either picking up or taking the kids to school, and the bike crashed into the boy.  It seemed a pick-up truck was somehow involved.  Dad had a fractured finger, which he had "fixed" himself.  Yani checked each of the children over, weighing the little ones, and prescribing acetaminophen and anti-parasite medication for the boy with the hurt shoulder.  As Yani worked, we observed family members emerging from hidden spaces and soon realized that as in many homes, this was a family of several generations working and living tightly together.  The family was very friendly and happy for our visit.

Our second hike of the day took us deep into the woods, where we had to climb our way to a little community of a few homes perched precariously on the rocky mountainside.  We smelled smoke, and crept down a steep rocky "staircase" which led us to an enormous mound of smoldering wood.  The fire at the center of the hill has probably been burning for years.  The man and the woman both looked older than their ages, and I imagine that they tend the fire day in and day out.  A couple of children climbed onto the pile, picking out the precious charcoal, which is sold to sustain the family.  Los carboneros (charcoal makers) survive by carrying on this ancient profession for those who live on the side of the volcano. 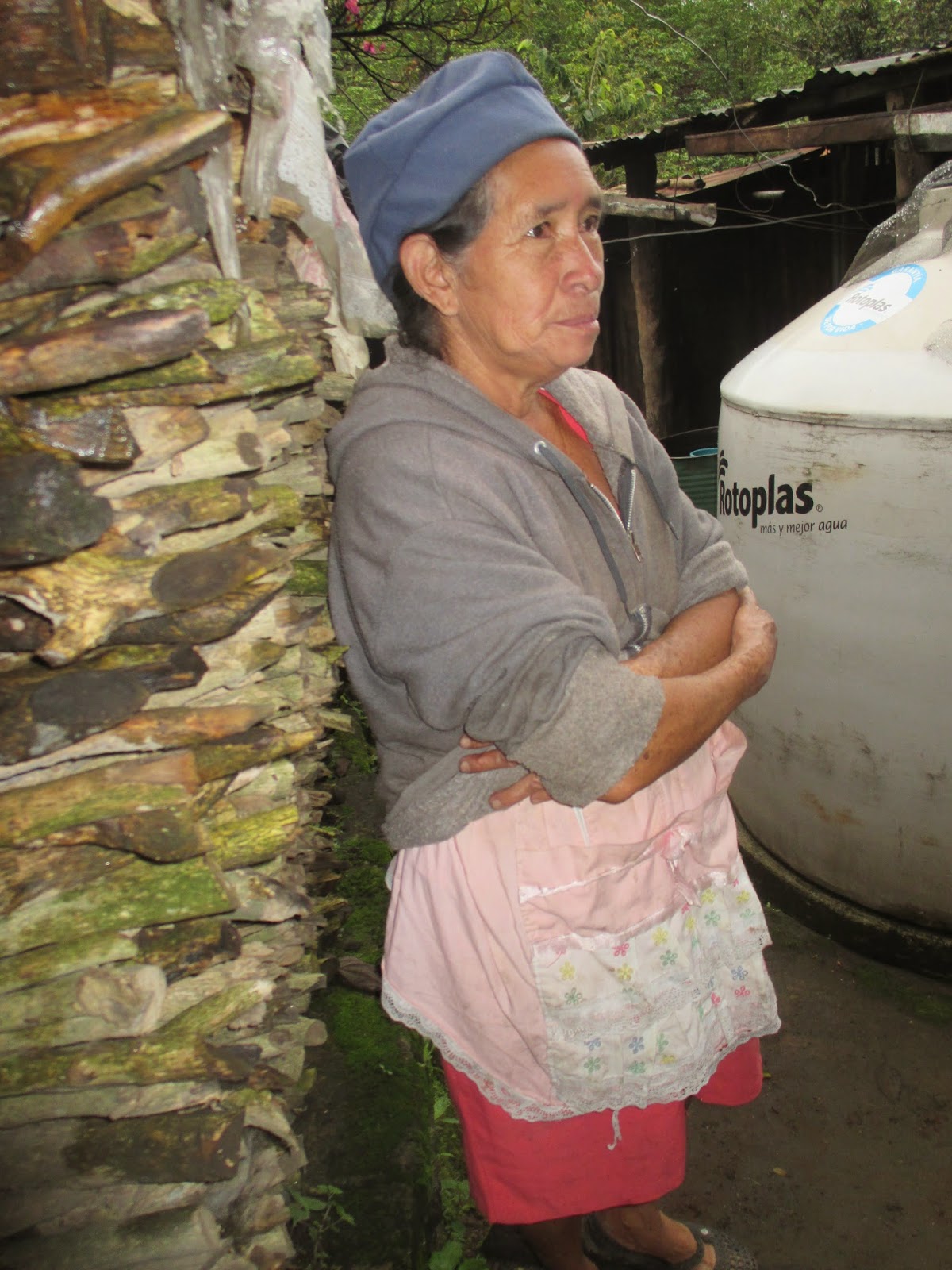 We greeted the fire-tenders, and continued our walk along a muddy ridge above another house.  A quiet woman stood next to the wood pile - wood to be burned to make more charcoal.  We noticed a fantastic collection of plants growing along the side of her house.  Perhaps these are plants the family has gathered from the forest to sell at the market.  Yani thought maybe the woman gathered them so she could have a beautiful garden. 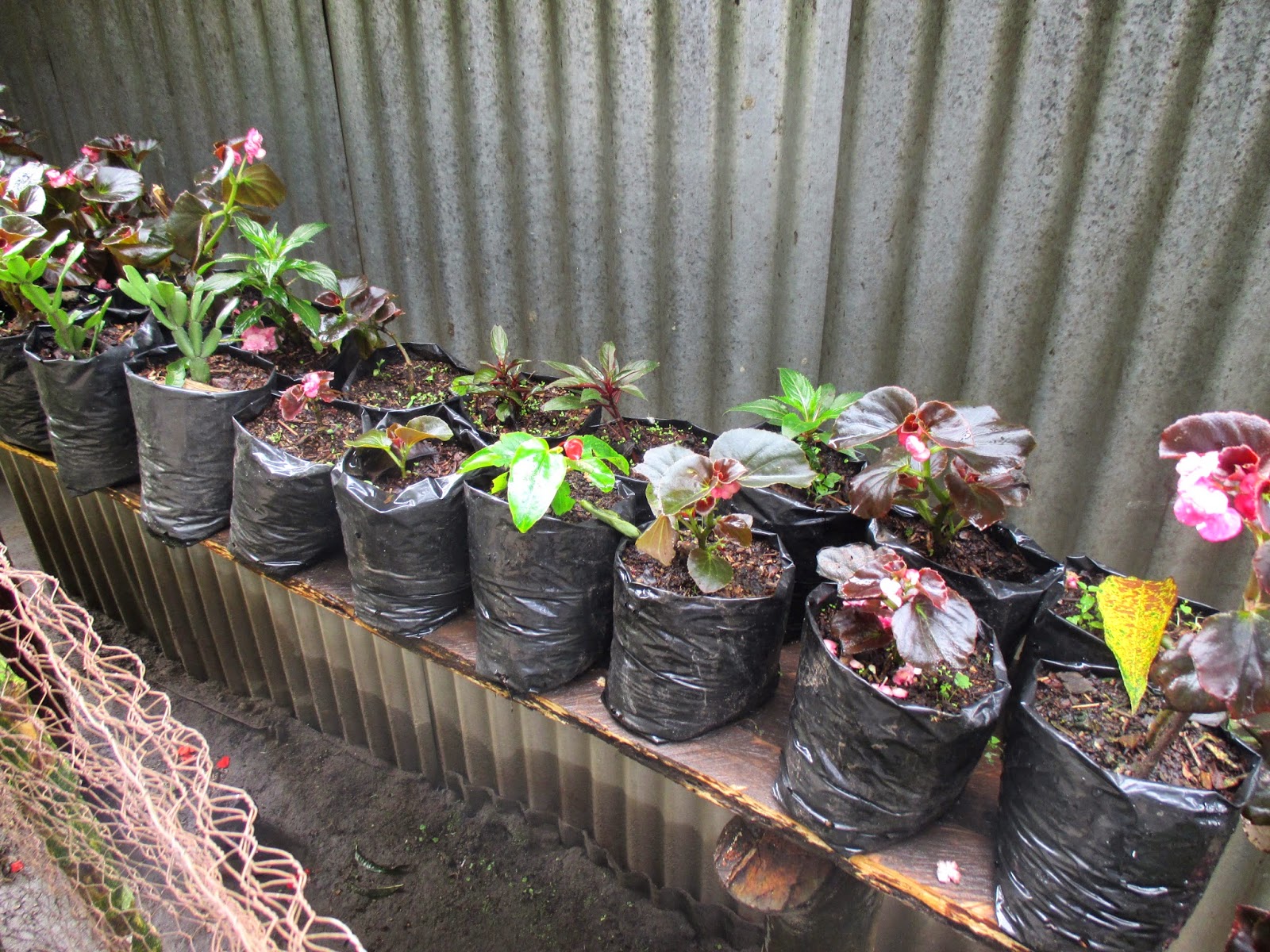 We arrived at our destination a little further down the path - a tiny home made of mud, sticks and tin.  Mom and Dad were tending a baby who looked to be about 6 months old, the patient on Yani's list for this household.  The family consists of 2 parents and 9 children who share the 1-room home.  We stood outside, and a few of the children tentatively peeked out from the open doorway to see who had arrived on their front porch.  A make-shift table held a large, fire-blackened aluminum bowl full of weak coffee.  We had arrived at breakfast-time.  Some of the children emerged to claim their small cups of coffee and little breads.  We enjoyed talking with the family, especially the dad, who marveled as we did at the great menagerie of exotic birds singing and fluttering in the tree-tops on the hillside below the house.

I asked the children if it was OK to take their picture, and they agreed.  Some of them ducked behind the beds.  It was the first time foreigners had come to their home.  It was the first time for them to have a picture taken.  One of the girls who was about 13 had already left school to go to work to help support the family.  She and her dad both work in agriculture, spraying insecticide on farm fields.