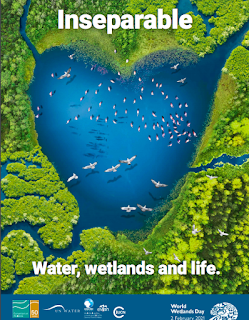 Since the groundhog has not seen his shadow, it appears that the United States will be buried under snow for at least six more weeks.  That means there is plenty of time to learn something new, which is exactly what I have been doing this morning.  Thanks to a little excursion over breakfast into the world of Twitter, I came across a tweet from El Salvador's Ministry of the Environment about humedales (which sounds like the word "humid" and which I correctly guessed means wetlands) with a picture of la Laguna del Jocotal.  I had never heard of this laguna (which sounds like lagoon so you probably figured out it is like a lake), so I started investigating.

The first thing I did was search for Laguna Jocotal on a map.  I found it is located near El Transito, a familiar community near Usulután and the location of a pupuseria with the best, double-fried, crispy cheese pupusas in the country.  A visit to the lake with a side order of pupusas seems like a good reason to head out in that direction after the pandemic.  But, I digress.

The Salvadoran Ministry of the Environment and Natural Resources (MARN) has identified 126 wetlands in El Salvador, which account for 6.3% of the country's land area.  Laguna del Jocotal was the first Salvadoran wetland given the status of international importance when El Salvador signed on to the Convention of the Wetlands in 1999.  This inter-governmental treaty is also known as the Ramsar Convention, named after the city of Ramsar, Iran, which sits on the shores of the Caspian Sea and where the agreement was signed on February 2, 1971.  There are currently 171 nations which have signed the Convention of the Wetlands with the goal of protecting critically important wetlands around the globe.  Thus far, 2416 wetlands have been designated as internationally important under UNESCO (the United Nations Educational Scientific and Cultural Organization).

So, once again, happy World Wetlands Day!  Today marks the 50th anniversary of the signing of the wetlands protection agreement.  Parents, teachers, and activity leaders might like to so a little research of their own on the Ramsar web site, and also might enjoy free family and classroom resources which are available for download on the World Wetlands Day website in multiple languages, including English and Spanish.

MARN in El Salvador produces all kinds of helpful online information, and I was able to download a very detailed report about El Salvador's wetlands, including lakes, rivers, estuaries, watersheds, and coastal zones.  There are 8 Salvadoran wetlands which have been identified as internationally critical and have been designated for protection:
Laguna del Jocotal (1999)
Complejo Bahía de Jiquilisco (2005)
Embalse Cerrón Grande (2005)
Laguna de Olomega (2010)
Complejo Güija (2010)
Complejo Jaltepeque (2011)
Complejo Barra de Santiago (2014)
and Complejo Los Cobanos (July 2020).
The designation of Los Cobanos was highlighted by the International Coral Reef Initiative on their website as the only coral reef located along the Pacific coastline between Mexico and Costa Rica.
If you click on the MARN link and make your way to the large PDF for download, you can read about each of the 8 critical wetlands, along with lengthly profiles of every major lake, river and coastal area in El Salvador.  Even if you have only been to El Salvador for one, brief visit, the odds are that you have taken a photo of one or more or El Salvador's important water resources.  Maybe today would be a good day to take a look at your favorite El Salvador water photos.  If you do not have any of your own photos to ponder, here are a few which I took in 2012 of Barra de Santiago and the estuary of the Rio Paz.  Happy World Wetland Day, and let's do our part to protect this precious resource and the eco-systems in and around bodies of water in our own communities. 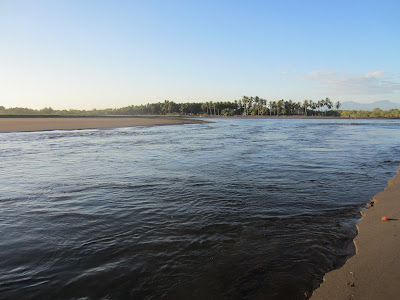 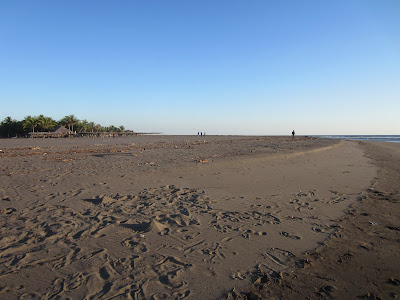 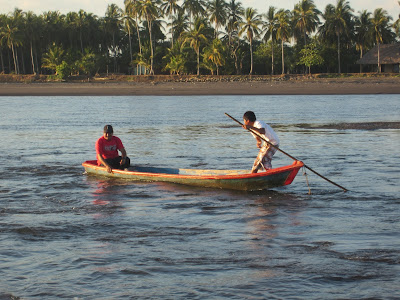