January 31, 2015
There had been a death of a child.  An investigation needed to be made.  We took a bus.  We walked.  I wrote about this at the time it happened, and in reading what I wrote on that day, it breaks my heart.  In retrospect, I remember how serious the team was as we hopped on a city bus and rode into the countryside.  As we descended from the main road into the woods, I remember thinking that we were entering another world.  Just outside the city limits, but like being in the middle of the wilderness. 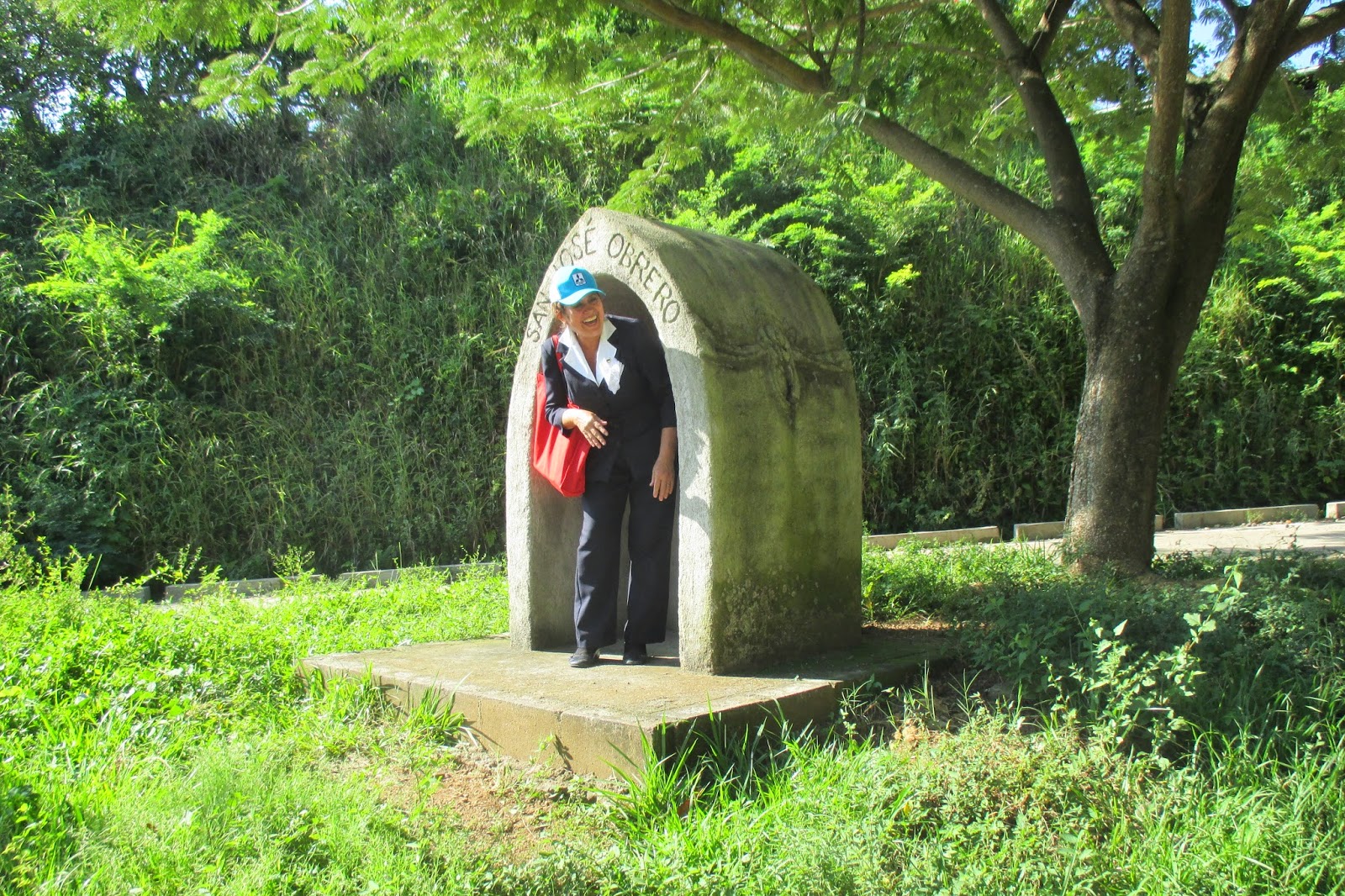 We passed by a couple of landmarks where the dirt road opened up a bit.  "This is for a statue of a saint," said one of the nurses, as she played the part, scrunching herself into a little roadside altar.  When we looked at the picture, we laughed like crazy when the promoter said, "Looks like Santa Azul is going to the bathroom."  The nurses with a full university degree wear blue uniforms and are affectionately called azules or "blue ones." We walked ahead, 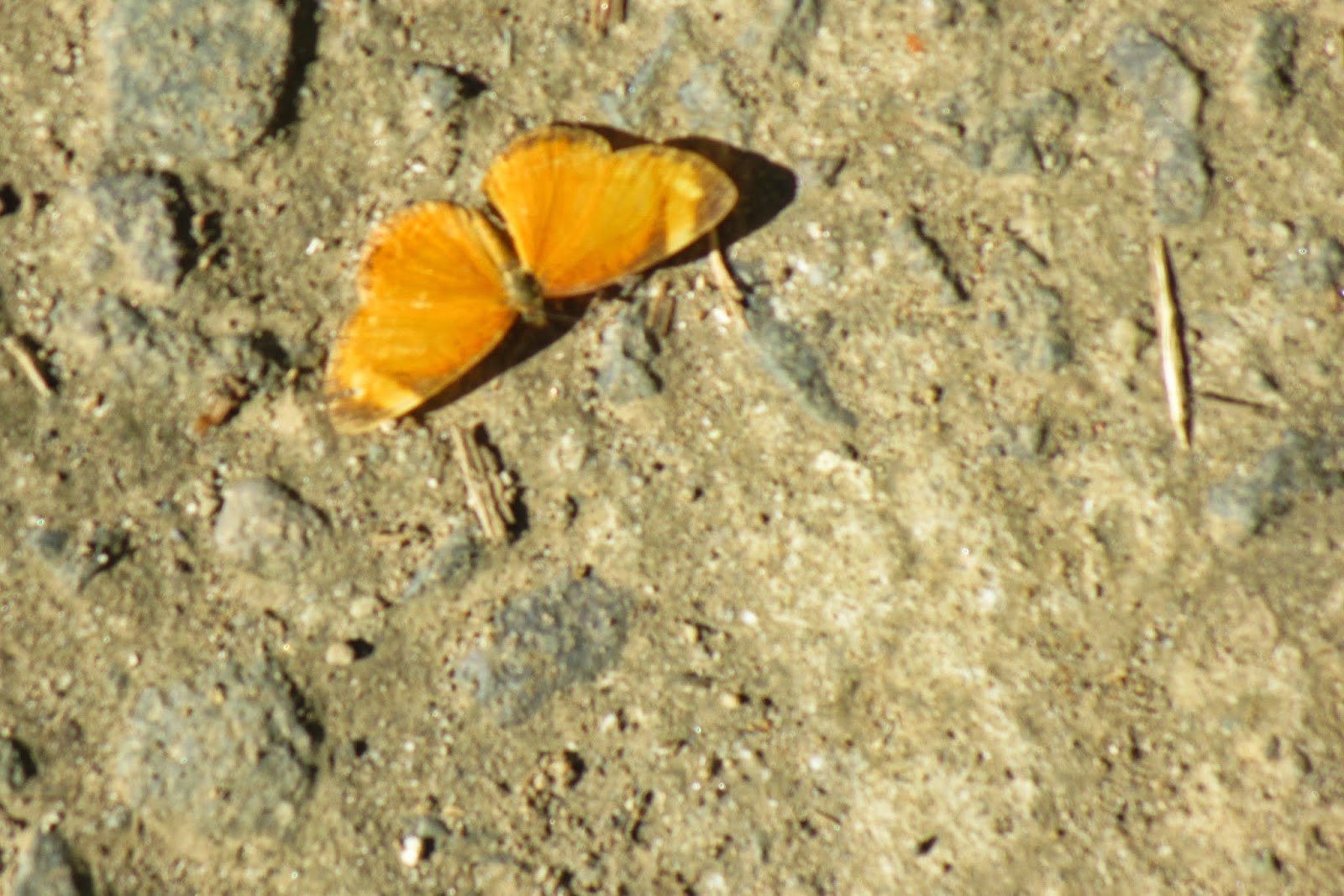 passing a munching cow.  A butterfly landed on the road, a bright spot on the dusty road.  "Love Life!" I thought.

The investigation was made.  It was discussed later that day in a meeting.  Now, some months later, we wonder how the family is doing.  Was anyone able to intervene?

We decided to take the long walk back to town.  We needed the fresh air.  Along the way we noticed gang signs painted on the underpass.  The road we followed was hidden, narrow and wooded.  We asked if it is safe.  "Yes, said the blue nurse, "I have walked alone this way for years and years."  She remembered walking this way during the war.  We trusted her.  We have worked with her on and off for fifteen years because she used to work in the clinic nearest to our sister church.  The shade was calming. 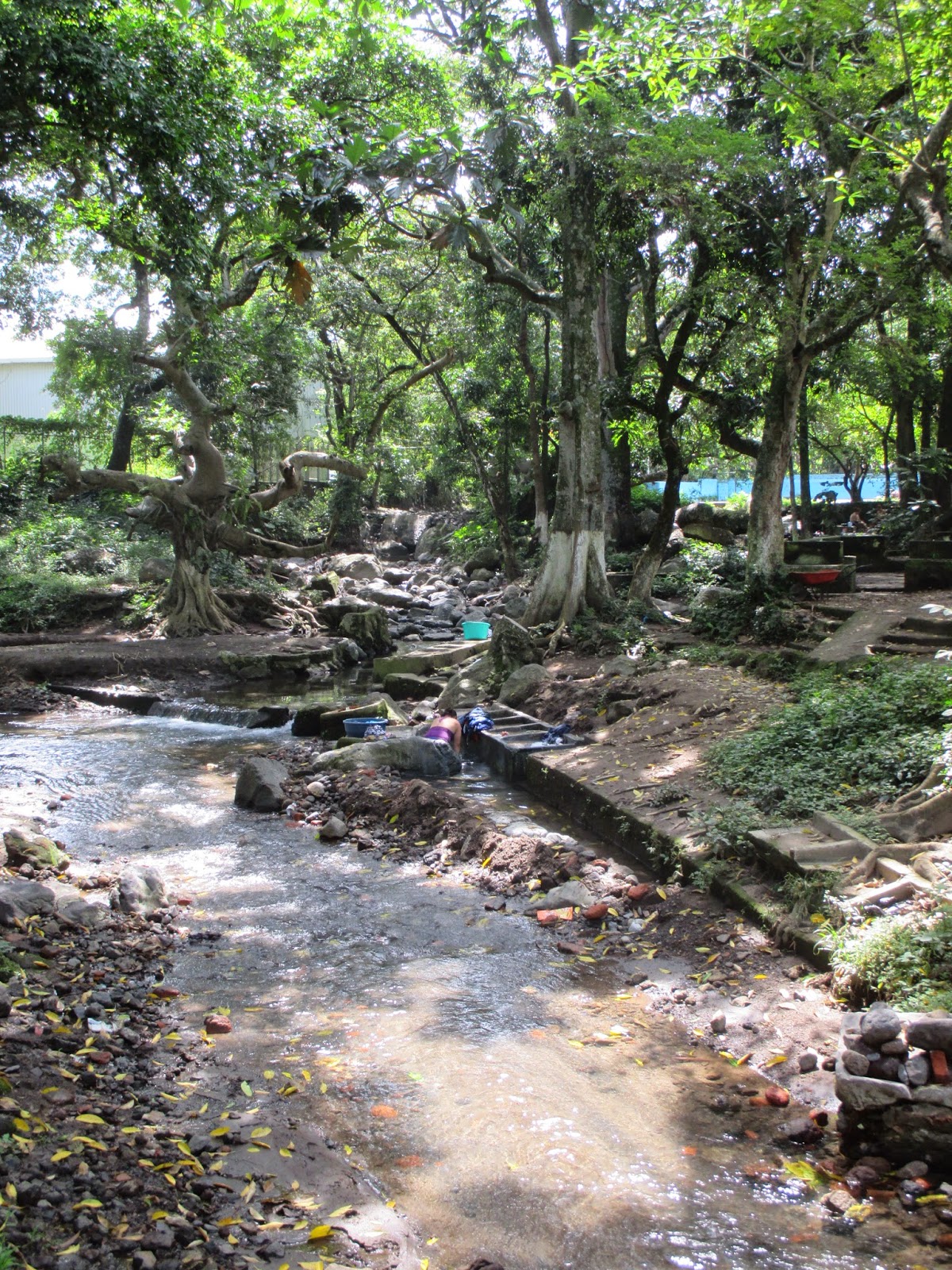 We took a turn at the river and walked along its banks.  During the height of the rainy season, our pathway would be well under water.  We walked past a former "spa-like" place and chatted with neighbors.  We could hear laughing and singing ahead of us, turned a corner and found a group of women washing clothes in stone pilas which had been created in the rocks along the riverbank.  We asked if we could take a photo and they happily said, "Sure!"  It seemed like a cheerful place to do laundry in the company of friends.  Further along we found an abandoned swimming pool.  "Someday," the doctor pondered, "the municipality will find the funds to restore these places."  An older man emerged from the pool, combing his hair, apparently the little bit of water flowing into the pool still serves as a pretty good bathtub. 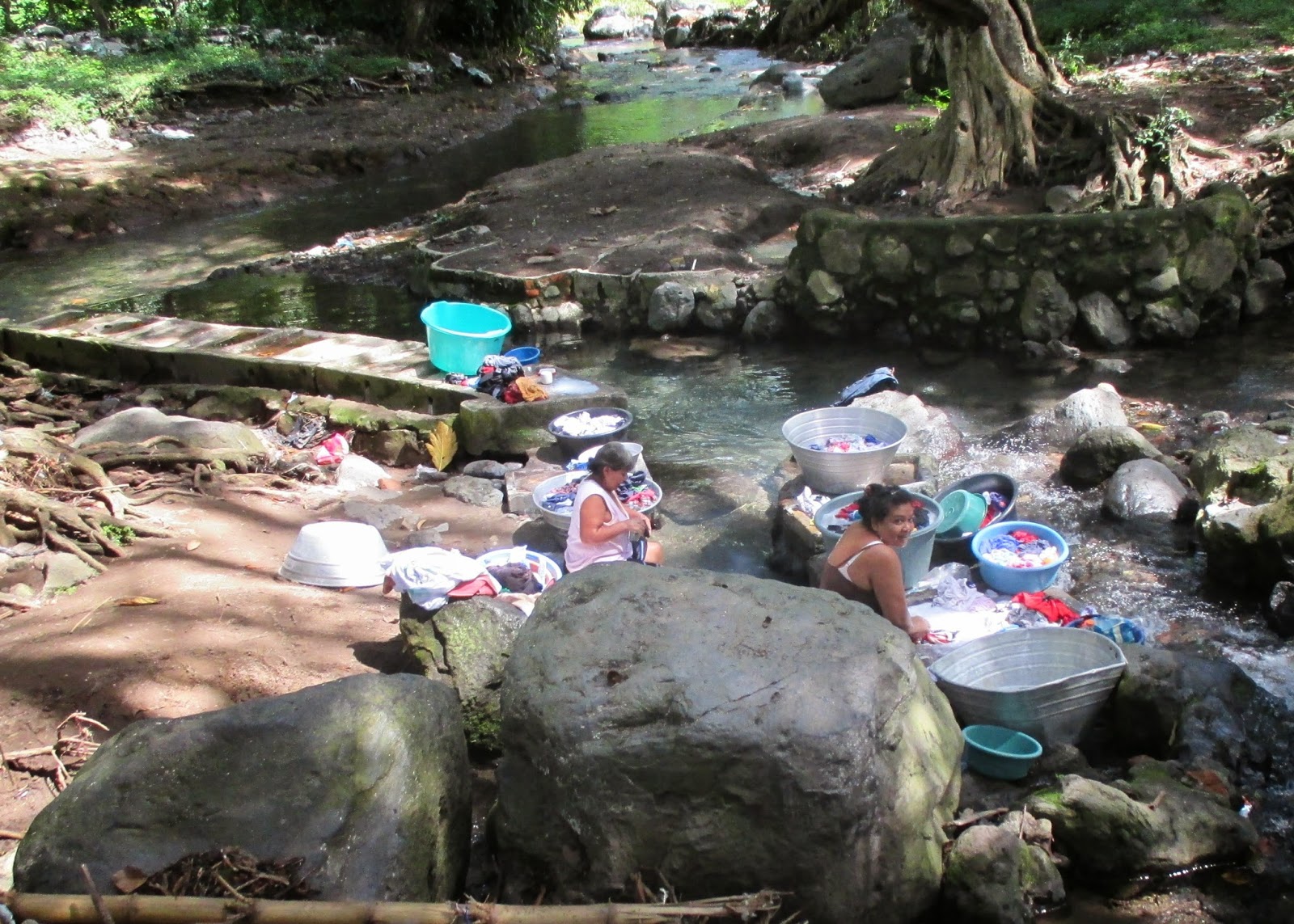 We returned to the clinic around lunchtime.  We sat at the table with the doctors and nurses, some with lunch boxes like us, and some with food made by a neighbor with a small catering business.  We ordered some great coffee and it was delivered right to us in the lunch room.  The TV in the corner broadcast the latest news - clearly a regular routine providing a little chance for the busy team to catch up on what is going on in the world. 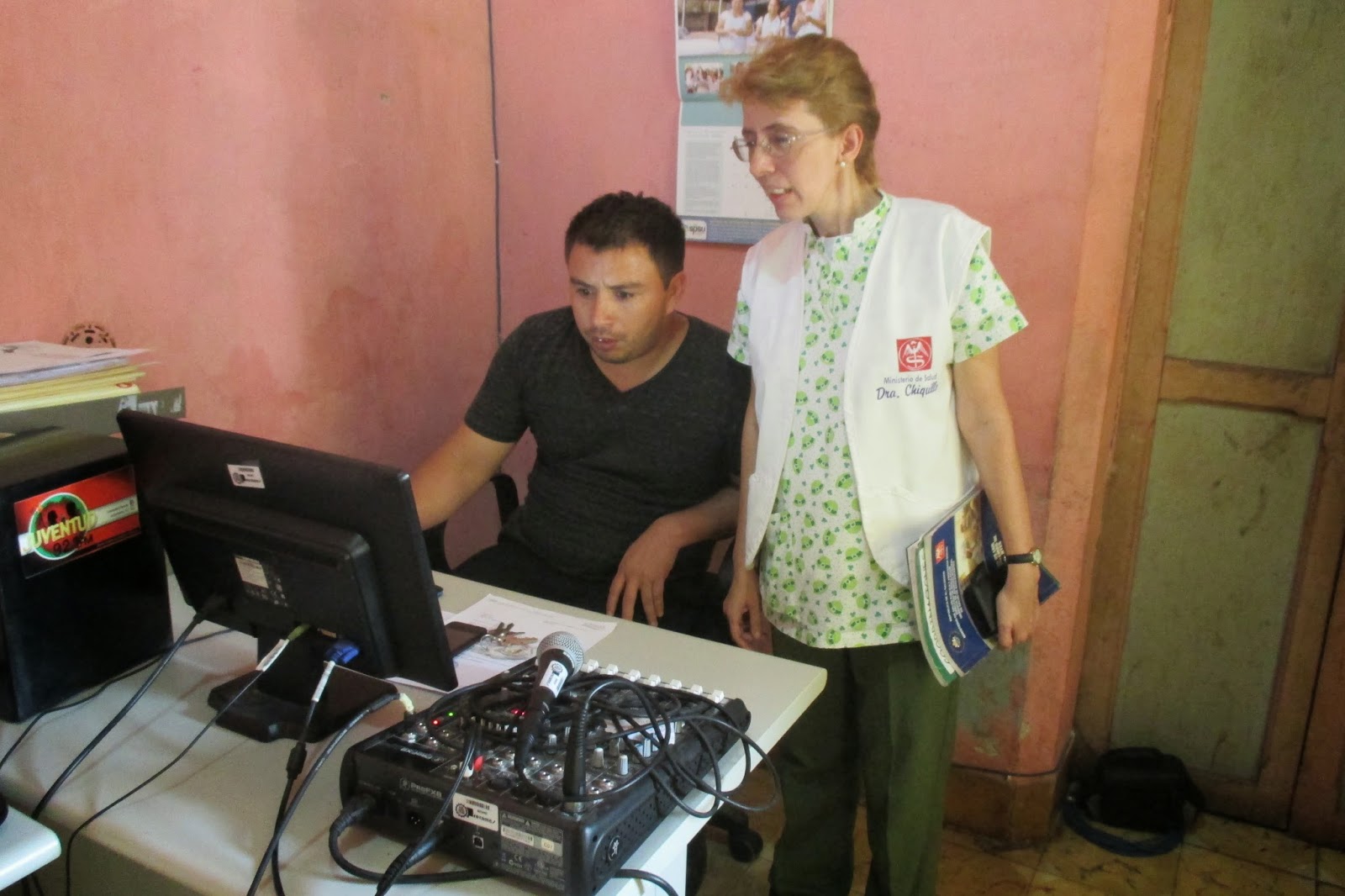 After lunch we headed over to the local radio station for a quick tour.  The community radio is located in an old colonial building, with a courtyard garden, a lot of charm, and more than a few needed repairs.  The doctor does a half-hour educational program each week.  Then it was on to a strategy meeting, which was held in the community youth building.  Chikungunya was the topic of the day, with a review of community clean-up efforts, mosquito larvae abatement and fumigation routes.  The police, youth leaders, local government officials, health department coordinators and several non-profit organizations were represented.  This municipality seems to have its act together, within the city itself and well beyond into the little colonias and countryside surrounding it.  Near the end of our meeting, the doctor brought up the subject of our morning investigation.  Everyone felt the frustration of the situation.  Maybe the police have investigated further.  Hopefully a solution has been found to overcome the limits placed upon authorities by threats of revenge or retribution and protect the victims in the family without endangering the lives of those who are trying to help them.
Culture Education Justice Medicine