Get to Know the Holidays: January

This year, at the beginning of each month, I hope to provide a little overview of El Salvador's official holidays and cultural traditions for the month.  If you are in a companion church or sister community or other relationship of solidarity with folks in El Salvador, you might like to mutually share your holiday and cultural traditions with your Salvadoran brothers and sisters.  Understanding how and why we celebrate at certain times or why we hold some days as sacred or solemn helps us to build stronger relationships with one another.  Hopefully a few general conversations about holidays can lead to deeper understandings about family, local community, history and diversity.

January 1:  New Year's Day
New Year's Day is an official holiday in El Salvador, meaning offices are closed and the beaches are full.  Most people in government or formal sector jobs have vacation from Christmas Eve through New Year's Day.  However, for those who work in restaurants, agriculture or the informal sector, this is a time in which folks work extra hard.  Because students have vacation from school, those who are able to work help their families to cut coffee (November and December are harvesting months), harvest sugar cane,  work in chicken-processing factories (chicken and chicken tamales are traditional holiday fare), or work to sell items to holiday shoppers.  Whether families are working during Christmas vacation or not, New Year's Day, like Christmas Eve, is a time set aside for families to relax, eat, and have fun together.  Although Salvadorans like to say everyone goes to the beach on New Year's Day, and for sure, the beaches are super crowded, most of the families I know stay home, often spending time with visiting relatives.

January 6:  The Day of the Magi Kings
Some churches celebrate Epiphany on the 6th, though most seem to celebrate on the closest Sunday.  Celebrations might include a procession of kings in costumes, children carrying paper stars on sticks, and a reading from the Book of Matthew about the visit of the Magi to the child Jesus.  If the ceramic wise ones and camels have not been moved toward the baby Jesus in the manger before Epiphany, they make the journey on this day.  Christmas trees and lights typically come down on Epiphany or shortly thereafter. This year, January 6th fell on a Monday, so for many people it was the first day back to work after the holiday vacation.  The tradition of giving gifts to children on The Day of the Magi Kings is not a strong one as in many Latin American countries, however, political parties and some private businesses gain favor in communities by hosting gift-giving parties for children on this day. 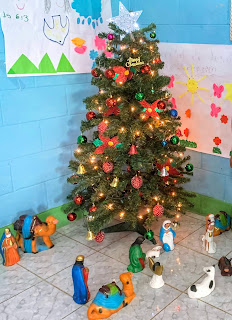 Second Week of January:  Start of the School Year
From preschool through the university, students begin the new academic year in the 2nd or 3rd week of January.  Since the government-provided uniforms and supplies will not be distributed for another month (or 2 or 3), parents scramble to find uniforms and shoes that fit their children.  Parents also need to go to the schools to pay fees and complete some paperwork (despite the fact that they had to register their children in November).  Back-to-school shopping is usually focused on finding a backpack. 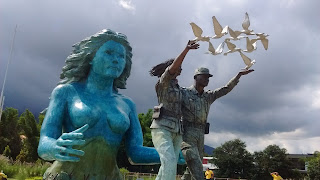 January Weather
January is a very clear and dry month, with the average likelihood of rain on any given day at 1%.  The average high temperature in San Salvador is 85 F and average low is 64 F.  It is coolest in the early morning.  The north wind can really work up a bluster around midday.