We walked around the block, found Oscar and then drove 'up to that cloud.'  Those were the only directions we had, given to us by the museum guy. The road was not car-worthy, but we made it up the 10 km trek of rock and ravine and slippery gravel. Once we had a scare, when the car died.  The cord that Oscar had removed for overnight security of the car came unplugged going over all those bumps! (though it took a bit to discover that was cause of the aforementioned dead car.) We finally made it. A man with a machete met us and said, $2 each to get in and an extra $5 to go to the river. Of course we paid the extra $5 - because we never say NO to an adventure!

I found them.  In the middle of a plain, brown journal, in between stories from the previous year, there are two pages written in small, neat script. The title at the top of the page says "RANDOM PAGES, October 2014." Well, when you run out of pages at the end of a journal, you have no choice but to write in the empty spaces, wherever they may be.
The place: Dulce Nombre de María.  I can still picture the guy from the cultural house pointing up toward the mountain, as if "drive into that cloud" is the only direction one would ever need to find an ecological tourist park, which he assured us would be worth going up the mountain to see.
Oscar wanted to work on the car, or more likely take a nap.  He left us in the care of our guide, the man with the machete.

Jeremías and his dog led.  We followed.  He showed us the cabins, the campground, the comedor (restaurant) and artisan shop.  They were closed. We took a LONG walk to the river which they call the butterfly river.  We got a little muddy, a little wet, and a little ant-bitten. We visited 2 waterfalls and an orchid-nursery with a university professor whose name might be Carmela.  She helped get this cooperative started.  She is an ex-combatant, as are all of the people who live here. They fought during the 12 years of the civil war and then stayed, organizing themselves into a cooperative to protect the forest from destruction.

We visited 2 waterfalls.  That statement does not exactly capture the smell of the wet forest path squishing beneath our hiking sandals, the flutter of butterflies tickling our damp arms, the chop, chop of the machete in front of us when Jeremías felt like the weeds were too tall or prickly, or the skipped heartbeats of little fears of falling as we made our way down the steep hills to the springs at the base of the falls. 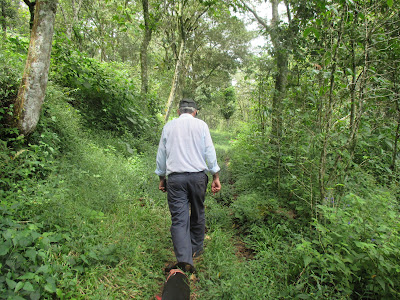 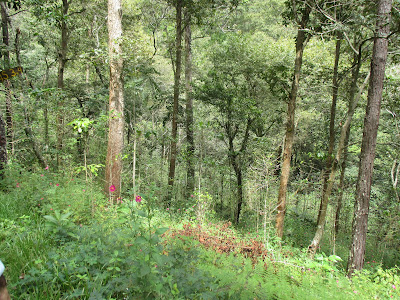 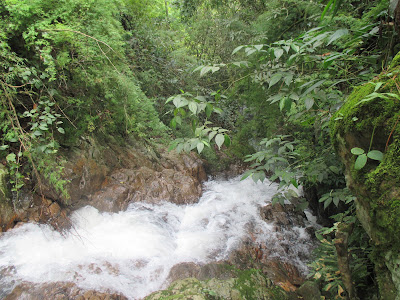 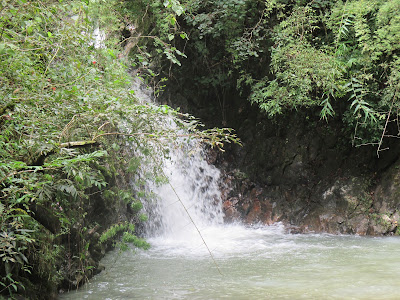 ...and an orchid nursery with a woman whose name might be Carmela.  I remember Jeremías saying, "We can stop here.  I know the lady who lives here and she raises orchids.  You will want to see this."  The next minute we were inside her gate and she was giving us a tour of her gardens. She was so gracious, with all the time in the world for us. Her "garden" was actually a research lab.  I imagine her work is helping to preserve some of the rare orchid species found among the pine, cypress, rose apple and oak trees in this mountain forest. 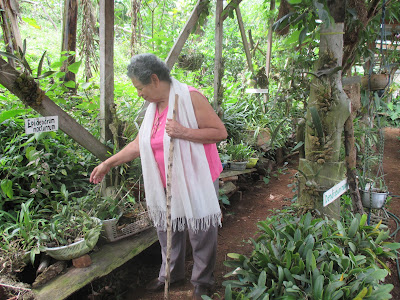 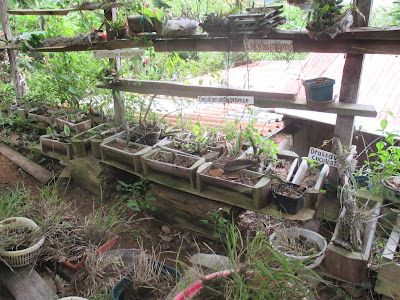 After our visit with the orchids, we walked past a few homes and to the museum. The families who live here work cooperatively to care for and preserve 150 manzanas of forest land.  They created the ecological park as a way to share their testimony of what happened during the war, to preserve their artifacts in a small museum, to remember those who were killed, and to honor those who fought and lived.

The museum was filled with photos of the community members lost in the war, side by side with Mayan artifacts in amazing condition. The mural outside depicts the combatants who are alive - 'many fewer than those who died, including your servant, Jeremías,' [said our guide.] 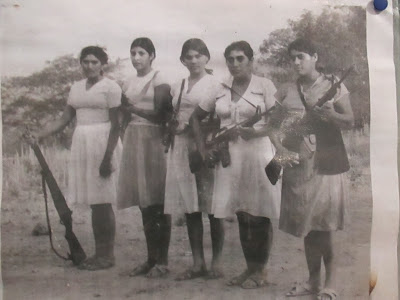 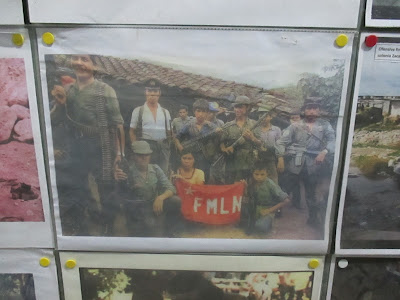 The Ecological Park is Destination #7 in our 2021 Virtual Tour of El Salvador.
Do you remember the other place we visited near Dulce Nombre?  La Manantial