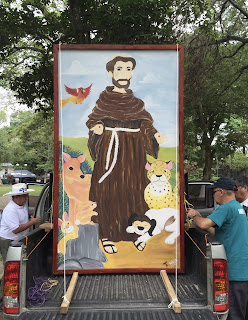 We arrived in Parque Cuscatlán before the crowds.  St. Francis was there to greet us.  We met Friar Domingo and a few other coordinators.  Later we would realize that these folks were dynamic, energetic, gifted speakers.  Little by little small groups of people arrived.  Many carried posters.  Solidarity t-shirts were the uniform of the day:  ACT Alliance, Water Forum, No to Agri-Toxins, No to Mining.  If you didn't have an eco-t-shirt to wear, you pulled out your all-occasion-marching Oscar Romero shirt.  You can't go wrong bringing the Monseñor to a march of the people.

June 2, 2016 marked the 16th annual Ecological March from San Salvador's central park to the Legislative Assembly.  The theme:  Love The Planet!  Small groups from Lutheran Church communities arrived, and the turn-out from the pastoral corps was impressive.  The Salvadoran Lutheran Church folks all marched together, and with a string of bright blue water jugs and a giant painting of Jesus holding the world in his hands, the Lutherans attracted a large number of photographers and videographers from the press. 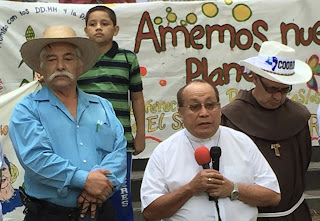 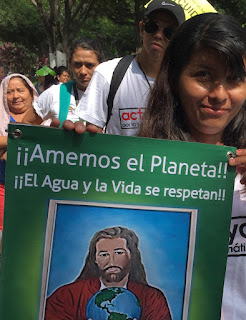 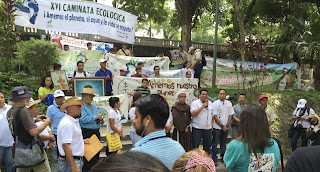 We walked for 1.5 hours in the sun.  Most impressive were the moms who marched with little children, many who walked the entire distance!  Pick-up trucks with huge speakers blasted eco-themed music as the procession of about 2000 people halted traffic on some of San Salvador's main thoroughfares.  Every now and then, one of the priests from the Catholic Church got on the loud speaker and started leading chants. 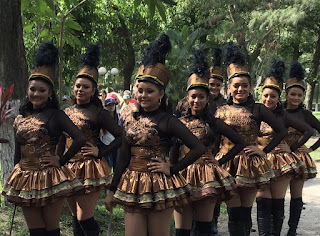 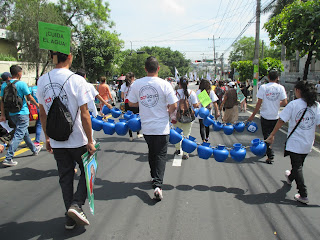 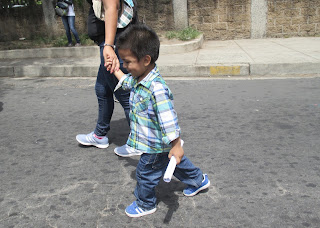 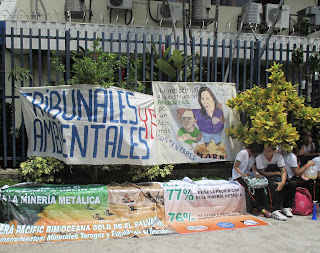 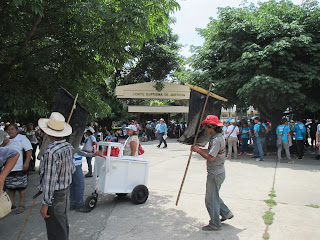 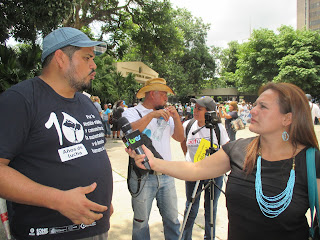 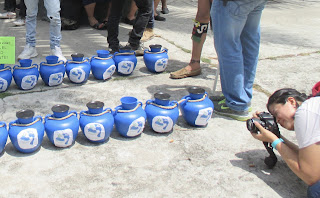 The march concluded at the Legislative Assembly gates, and a couple of deputies did come out to speak at the press conference.  Environmental activists have been working to get a water protection law passed for ten years.  Every year there are promises.  This year, the promises continued, as did commitments to raise the minimum wage for agricultural workers and work to protect indigenous seeds.  Hopefully this will be the year when the marching, the press conferences, the photo-ops and the praying will lead to concrete legislative action and positive impacts on El Salvador's fragile environment. 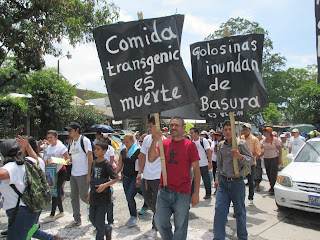 Note:  The bullet points in this posting came from a handout which was distributed prior to the march
Current Events Environment Justice Nature Salvadoran Lutheran Church Water