Off the Beaten Path: The National Theater of Santa Ana 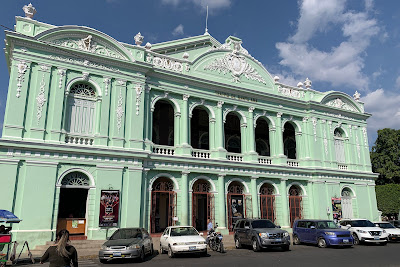 The Teatro Nacional de Santa Ana is one of El Salvador's architectural and cultural treasures.  The theater was built through the efforts of the region's wealthy coffee barons, who wanted to create a cultural center for their families and illustrate that Santa Ana could compete with San Salvador in the arts.  Though the coffee barons imposed taxes on themselves to pay for the construction, it is important to recognize that this wealth was accumulated through exploitation of both the land and workers, particularly as small coffee farms expanded into large enterprises.  The theater's first stone was laid in 1902, and construction was completed in 1910.  It is a model of classical Greek, Roman and European style, with imported elements from Italy, Spain, Belgium and the United States.  The theater was acoustically designed for opera and was a lively and lovely place during its "glory years." The economic crisis of 1929 and subsequent depression of the 1930's caused coffee prices to plummet.  From 1933 to 1979, the theater was used as a cinema, but also fell into disrepair.  Artifacts from the early years as well as the theater's movie days can currently be found in a small museum archive off of the main lobby.  The archive also illustrates how the ceramic tiles were created and cut by hand. 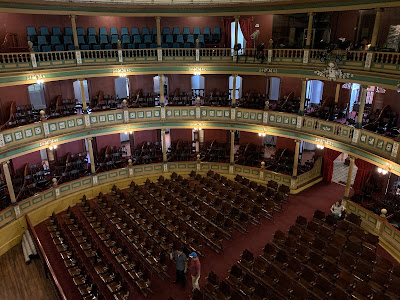 In 1979 the theater was turned over to the Ministry of Education, and in 1982 it was declared a national monument.  Restoration began in 1987, but did not progress much until the final days of the Civil War in 1991.  At that time the Ministries of Culture, nationally and locally, took over the administration and restoration of the theater.  The restoration is nearly completed, though some work on one of the ceiling murals continues. 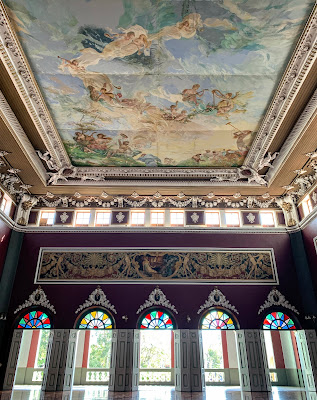 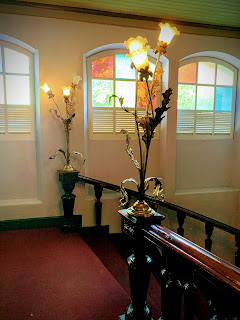 On a recent warm, sunny afternoon, we found ourselves in Santa Ana with a small delegation.  We did not have time for an in-depth tour, but with the affordable entrance fee of $1.50, we decided to explore on our own for 30-40 minutes. 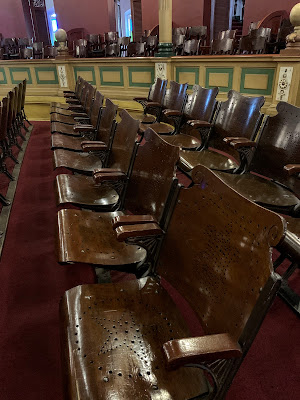 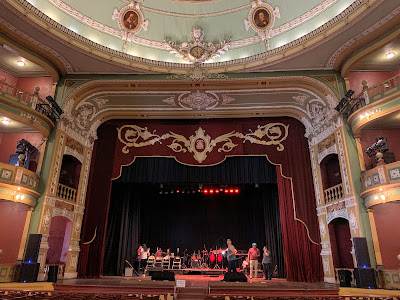 Most parts of the theater building are accessible to the public.  A small student art exhibit was featured in the lobby, and a band was setting up for a concert as we walked around the main hall of the theater.  We wandered upstairs to the different levels, admiring the fine wood floors, stained glass, cornices, clay tiles and murals.  It is definitely worth the time to step inside, to explore a few nooks and crannies, and to watch the way the light moves through the windows. 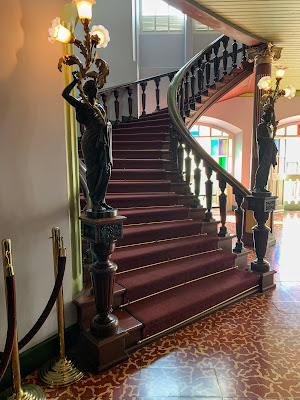 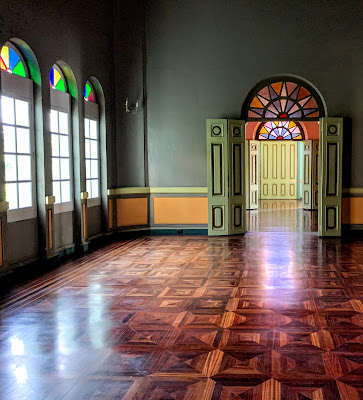 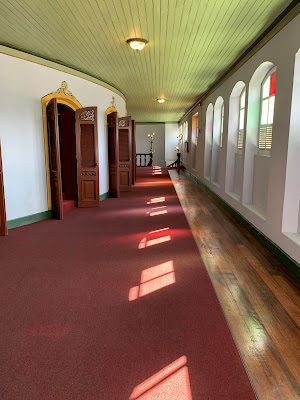 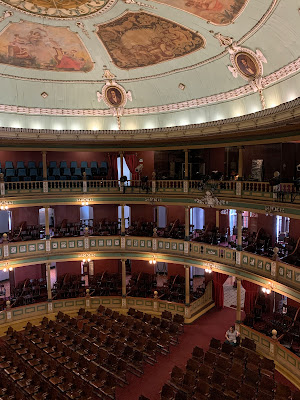 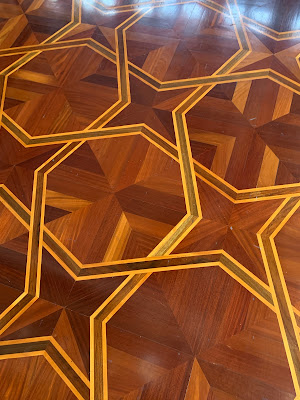 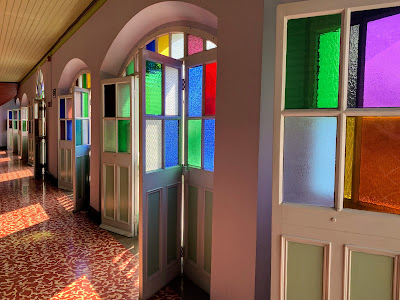 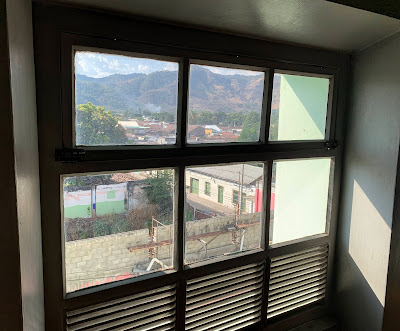 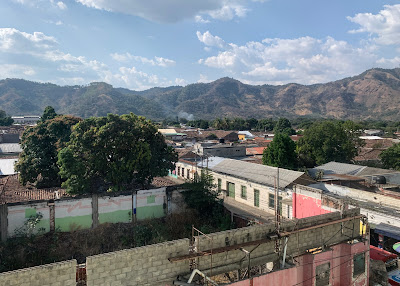 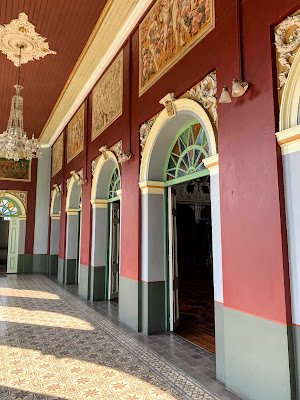 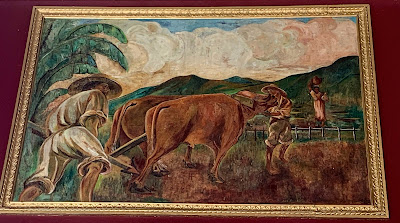