The Day of the Grandma Queens 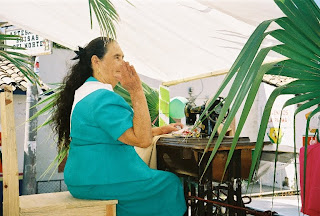 We were gathering up our things and getting ready to leave La Palma, when one of our group shouted out, "Look, a parade!" 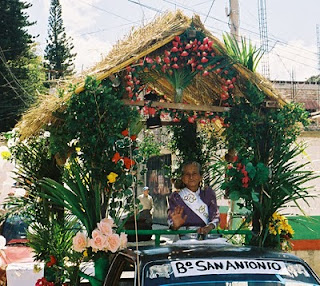 re, but she had a truck filled with white balloons. Each queen proudly wore a sash and waved her queenly wave.

As we watched the regal and beautiful grandmothers pass by, my friend and I were reminded of a special afternoon spent with a lovely Grandma Queen in our sister community. Now we understood a little better the honor and beauty of the Day of the Grandma Queens.

After the parade, our Salvadoran pastor gave his mother a beautiful bouquet of calla lilies - a flower which he identified as special to honor mothers and grandmothers.

After the parade passed by, we all stood for a moment, thinking about our moms and our grandmas, and wishing, just a little bit, that every grandma could have a moment in which to be a queen. 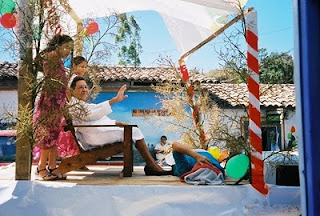 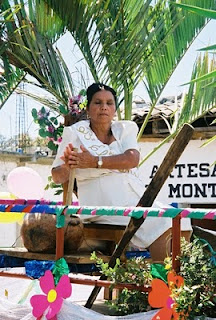 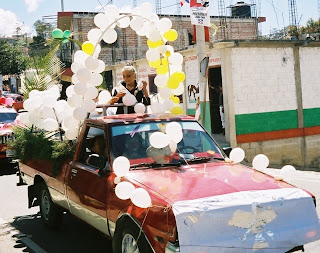